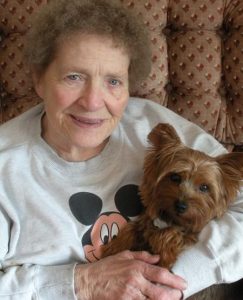 On Wednesday January 15th, 2014, a loving wife, amazing mother, beloved grandmother, a wonderful great grandmother and a lifelong friend, left this world to go to a much better place.

Shirley M. (Villani) Leenknecht was born on September 29, 1934 in San Francisco, California to Mr. & Mrs. Bidinost. On December 10th, 1940, she was adopted by her father and mother, Antonio and Incornata Maria (Lombardozzi) Villani in Billings, Montana. Upon the death of her father Antonio, Shirley was raised in Billings by her mother Incornata and stepfather Nick Oliver. Shirley went to school at Garfield Elementary, Lincoln Middle School and, in 1953, graduated from Billings Senior High.

On August 8th of 1953, Shirley married her love of nearly 49 years, Frank J. Leenknecht who preceded her in death on July 12, 2002, and together they raised their 3 children in Billings and made their house a home.Shirley’s works included the Diana Shop, in her high school years, and after the birth of her children, she became a stay at home mom until her kids were in Junior High. She worked part time at the original Wind Mill Supper Club and then went on to work for Monarch Clothing in West Park Plaza as their office manager for many years. Upon Monarch’s closing, she went to work for, and retired from, Jason’s Clothing Store. Shirley was a very bright woman and loved her job very much.

She was a very involved parent. She was a Boy Scout leader, Girl Scout leader, president of PTA, team mom for her sons’ baseball teams, and the best darn chaperone for the Big Sky Reviliers Drum and Bugle Corp.Shirley and Frank loved to dance and square dancing became their passion. They belonged to the Challengers, Magic City Twirlers, Promenaders, Star Allemanders, Star Dusters, Sunday Dancers and eventually, when Frank started calling square dancing, they started their own club, The Checkerboard Squares. During their years of dancing, they became very involved in the Yellowstone Square Dance Council and that led them to many weekends and festivals where they met many lifelong friends.

Shirley was an amazing mother and would do anything for anyone. She could cook, bake, sew, doctor a wound and make you feel better just with a kiss. She was a mother to everyone who walked into her life.

The lieu of flowers, the family requests that memorials be sent in Shirley’s memory to Catholic Social Services of Montana, P.O. Box 907, Helena, MT 59624 OR to the Frank and Shirley Leenknecht Caller’s Scholarship Fund c/o: Grand Square Inc., 2520 Sardis Road North, Suite 100, Charlotte, NC 28227.Her grin and her laugh were infectious and her baby blue eyes were the most beautiful things in the world. 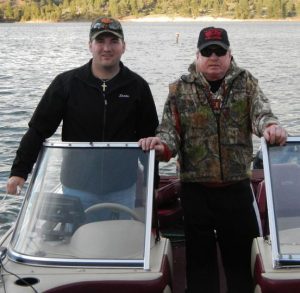 Dave was the eldest of nine children born to Raymond and Ella Mae (Klain) Keller. On Sept. 28, 1979, Dave married the love of his life, Tina Marie Leenknecht, and out of their marriage came two wonderful gifts from God, Hunter and Dexter. He loved his family so much and was so proud of both of his sons, but his greatest treasure was his grandson, Layne. They were inseparable and the best of friends.

Dave graduated from high school in Parshall, N.D., in 1969 and attended trade school in Bismarck. In trade school, Dave learned a skill that would be his career for the next 40 years. Baking was Dave’s passion and he truly excelled at it. He worked for Kon’s, Buttrey’s, and Evergreen IGA as their bakery manager. Dave always said, “I love making a product that I can watch people enjoy.”

Dave loved people. He was always willing to lend a helping hand and was the most caring person in the world. He enjoyed spending time with his family and friends, camping, hunting and fishing. Dave loved to be outdoors and always enjoyed working with his hands. Some of his favorite times were working on his grandpa’s farm, helping friends on various ranches, and even working on his own place. Dave was always giving 100% to other people. He also enjoyed being around his “bonus parents,” Frank and Shirley Leenknecht. For 10 years, Dave and Tina owned and operated Keller’s Klay Korner. Dave and Tina enjoyed square dancing together, as well as other outdoor activities. One of Dave’s favorite memories was the time he took Tina hunting and she shot her first antelope … and Dave’s Chevy Luv. He and Tina did everything together, whether Dave wanted to or not! Family always came first for Dave.

Preceding him in death are his father; his “bonus parents,” Frank and Shirley; a brother; and two nephews. Dave leaves behind his one true love, Tina Keller; his two sons, Hunter Keller and Dexter Keller (Katie); and his most prized possession, his grandson Layne. Also surviving Dave is his mother, numerous brothers, sisters, nieces, nephews and, of course, many friends and relatives.

Dave, I love you so much and I can’t imagine life without you. – your “Sunshine”

Dad, we miss you so much. Our lives will never be the same. – your boys

Papa Dave, you’re in my heart. I love you so much. – Laynebug 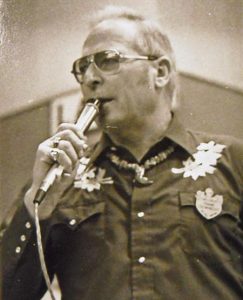 On Friday, July 12, 2002, a loving husband, wonderful father and awesome grandfather left this world to go to a better place. Frank J. Leenknecht was born on Dec. 22, 1932, the only son of the late Maurice and Rachel (Van Steeland) Leenknecht in Shepherd. While attending school in Shepherd, he worked hard on the family farm.

After his retirement, he worked for Engineering Inc. Frank also joined the Navy Reserve and later served in the Seebees, retiring in 1987.

After his second retirement, Frank and Shirley purchased a motor home and traveled many places. Travel and camping became Frank’s new passion.

Frank and Shirley loved to square dance and belonged to the Star Allemanders, Star Dusters, Challengers and Magic City Twirlers.

With his passion for square dancing and encouragement from Shirley, he became a square dance caller and started his own club, Checkerboard Squares. During this time he and Shirley were very active with the Yellowstone Square Dance Council and traveled many places and made many friends.

Frank was a “Jack of all trades” and “master of all tasks.” He shared this ability with his children, grandchildren, friends and neighbors. He enjoyed children and young people. He believed in supporting all kids. He was a Little League Coach, a Little League Umpire and Cub Scout Leader.

An avid fisherman, he enjoyed fishing and camping with his grandsons. He also enjoyed woodworking and golfing. His memberships included the Loyal Order of the Moose and Knights of Columbus.

Frank is survived by his wife of nearly 49 years, Shirley; children, daughter Tina Marie (Dave) Keller, their children, Hunter and Dexter; son Tony (Cindy) Leenknecht, their children Tanner and Tucker; and son Nick Leenknecht and his children Josh and Luke. He is also survived by his sister, Virginia Wemple; and numerous nieces, nephews and aunts.

The family requests memorials in Frank’s memory be made to the American Diabetes Association, Catholic Social Services or 4-H Foundation. His wonderful personality and smile will always be remembered.

Your family loves you and we know you are now in heaven saying, “Lets Square Up.”